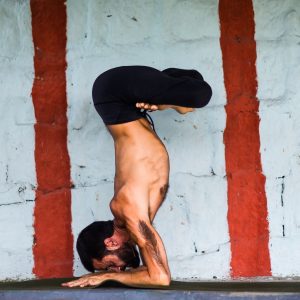 Explore different ways of using our Bandhas (energetic locks) and core to gradually progress from stepping to jumping and finally effortlessly floating through our asana practice without creating muscle fatigue.

We will look at ways of using our Bandhas to preserve energy and to make it easier to lift and find lightness in the body.

Suited to practitioners of all yoga styles, this workshop will particularly help devotees of Ashtanga and Vinyasa practices.

We don’t promise you’ll move like this after just one workshop, but this shows what is possible with dedicated practice.

Cancellation up to 48 hours prior to event date is possible subject to a $5 cancellation fee.
Less than 48 hours’ notice of cancellation is only possible if we can fill your place from a wait-list.

** This event has a maximum of 30 participants and is specifically planned to provide safety and comfort observing current COVID distancing rules.  Qi Yoga at Freshwater is a beautiful, large and well ventilated space. 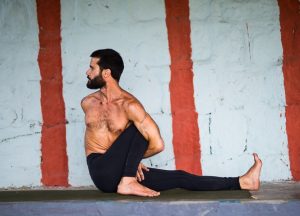 KPJAYI Level 2 Authorised (one of very few in Australia!)

Gabriel began practicing yoga in its various forms in 2003 and in 2008 he began a dedicated Ashtanga Yoga practice. He has a background in Buddhist meditation that together with Ashtanga yoga, forms part of his sadhana.

Since his first trip to India in 2007, Gabriel has spent a large portion of time in India learning directly from his teachers. In 2009 Gabriel began studying under the guidance of Sharath Jois at KPJAYI in Mysore and after four extended study trips, he has been authorised Level 2 to teach the full Intermediate Series. Gabriel also spent extended periods of study over several years learning from certified teachers Rolf Naujokat and Louise Ellis. He was first introduced to the art of adjusting by Anand Zorzo when assisting him in his native Las Palmas, Spain and later assisting under the guidance of Natalia Paisano in Stockholm, Sweden.